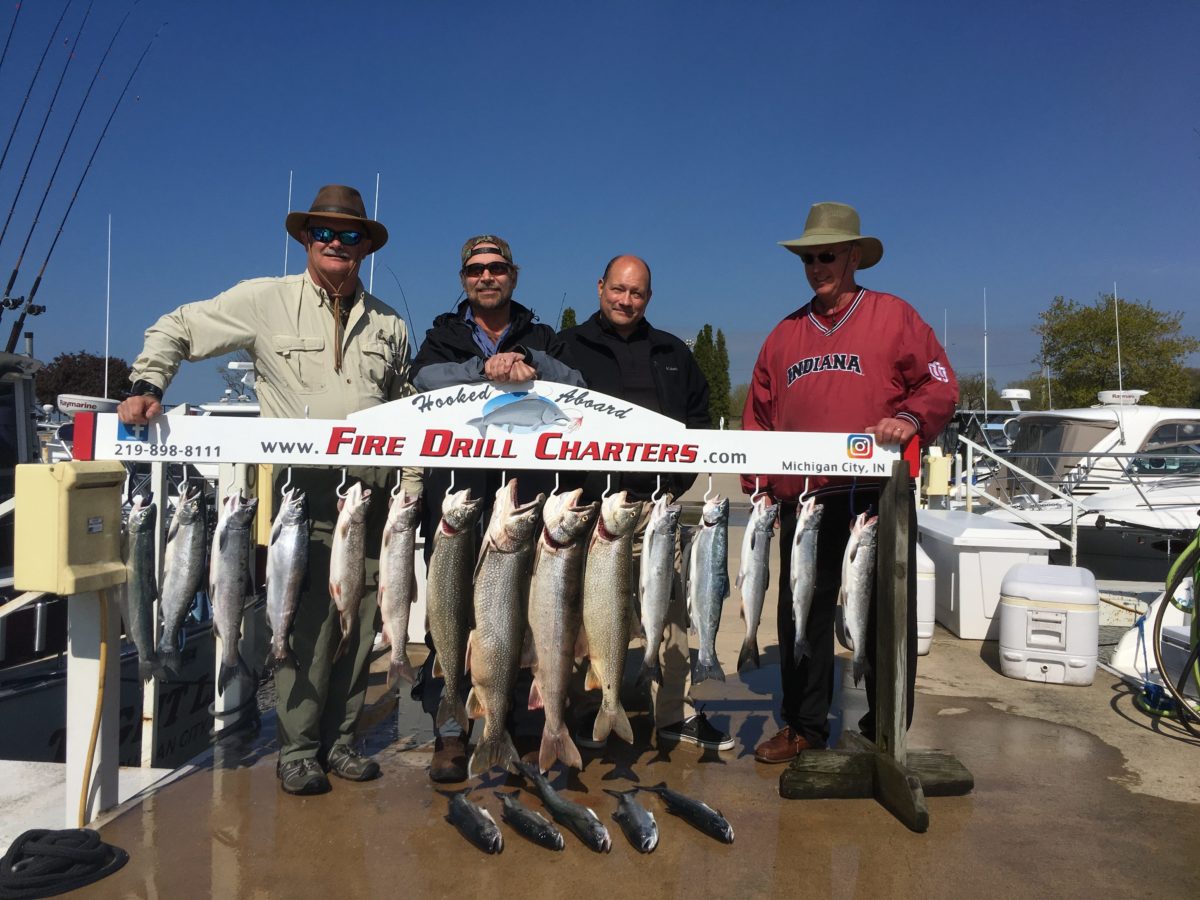 Fire Drill Charters is located on the southern shore of Lake Michigan in Michigan City, Ind. Lake Michigan, which has an average depth of 279 ft, is home to Coho, Steelhead, King Salmon, Lake Trout and Brown Trout. Fire Drill is a 31’ Tiara built just for fishing – comfort to get out to the fishing grounds for that day quickly and efficiently – with the latest equipment to find the sporting fish.

Up to six people can go out for a charter, each taking a turn to reel a fish in or perhaps there will be a Fire Drill with two or three rods going off at the same time. Head out at 5 a.m. or 6 a.m. and you’re back in plenty of time to head to the beach and have your fish to grill out later. 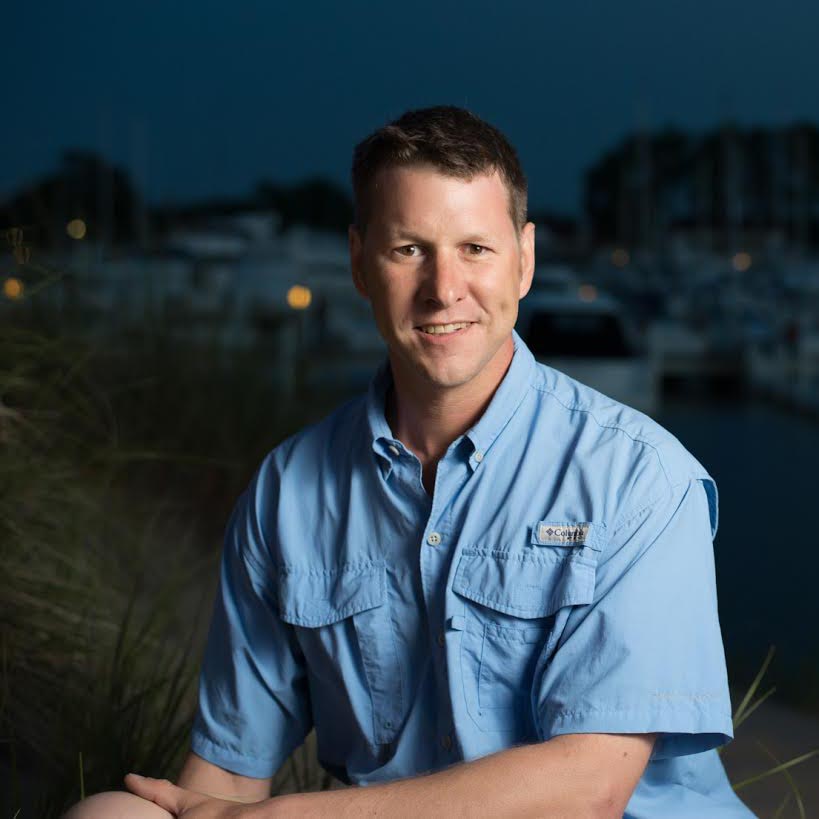 I was born and raised in Michigan City, Ind. In a small town, Lake Michigan is in all our backyards. My first memories of fishing are on the Lake with my dad’s friend Chuck. When I was about five, I was on Chuck’s boat trying to reel in a King that was screaming out line. It dragged me from one side of the boat to the other and my cousin ‘Ski grabbed me by my belt right before I could go over the side. I was hooked.

I’d spend nights after school and all weekend in the basement making lures. My dad would drop me and my buddies off at the local creek that feeds into Lake Michigan to do fishing. Fish were always on my mind.

As a teenager, I’d spend hours on the pier fishing for Lake Perch and Smelt. But it wasn’t until I got older I realized just how lucky I was to live in an area with a resource like this Great Lake.

Then as we all do, I got wrapped up working nonstop, always on the go to the next job. Fishing was a rarity. I started a construction company and began to frame new houses with a full crew for nearly a decade. It beat my body up pretty bad so when my wife had an opportunity to take a job in Grand Rapids, Michigan, we went for it. I closed down the company and had my second back surgery.

After recovering from surgery, I took a job with a company that builds ropes courses and ziplines all around the world. Then the call of construction took me back to Michigan City. But afterwhile (and two more surgeries), my body said I can’t be doing this forever, so after talking over options with my wife, I decided to go to Captain School in Holland, Michigan. I had been filling in as a first mate in between construction and it was something I enjoyed doing. Then when a captain at the local marina announced his retirement and was selling his boat… which happened to be the exact model of boat I texted a picture of to my wife a few years before that was my dream boat…It seemed to be a sign. We scrimped and pulled together everything we could and today I’m the proud owner and captain of Fire Drill.

I can’t believe I get to do something I enjoy every day. I like trying new techniques and using custom flies – seeing what tricks get the fish to bite.
When I’m not on a charter, I’m probably still fishing… or with my family – my wife, Trish, sells Michigan apples, sweet cherries and asparagus. So if you happen to fish with me during one of those seasons, you may get some fresh produce. And then to round out the time, I’ve got an old pitbull Roxie and a bird dog Aggie that is obsessed with hunting and we all like to spend time up in Michigan exploring.

Come on out and fish on the big lake – and find out why I’m still here!

Check out some of our catches! 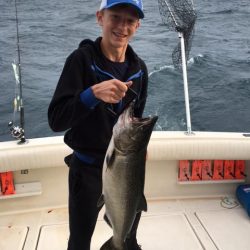 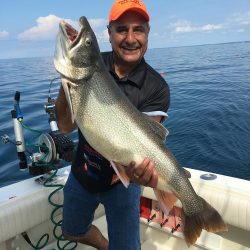 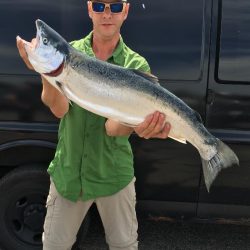 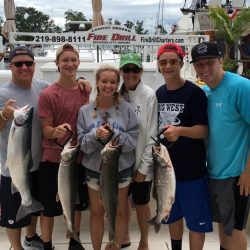