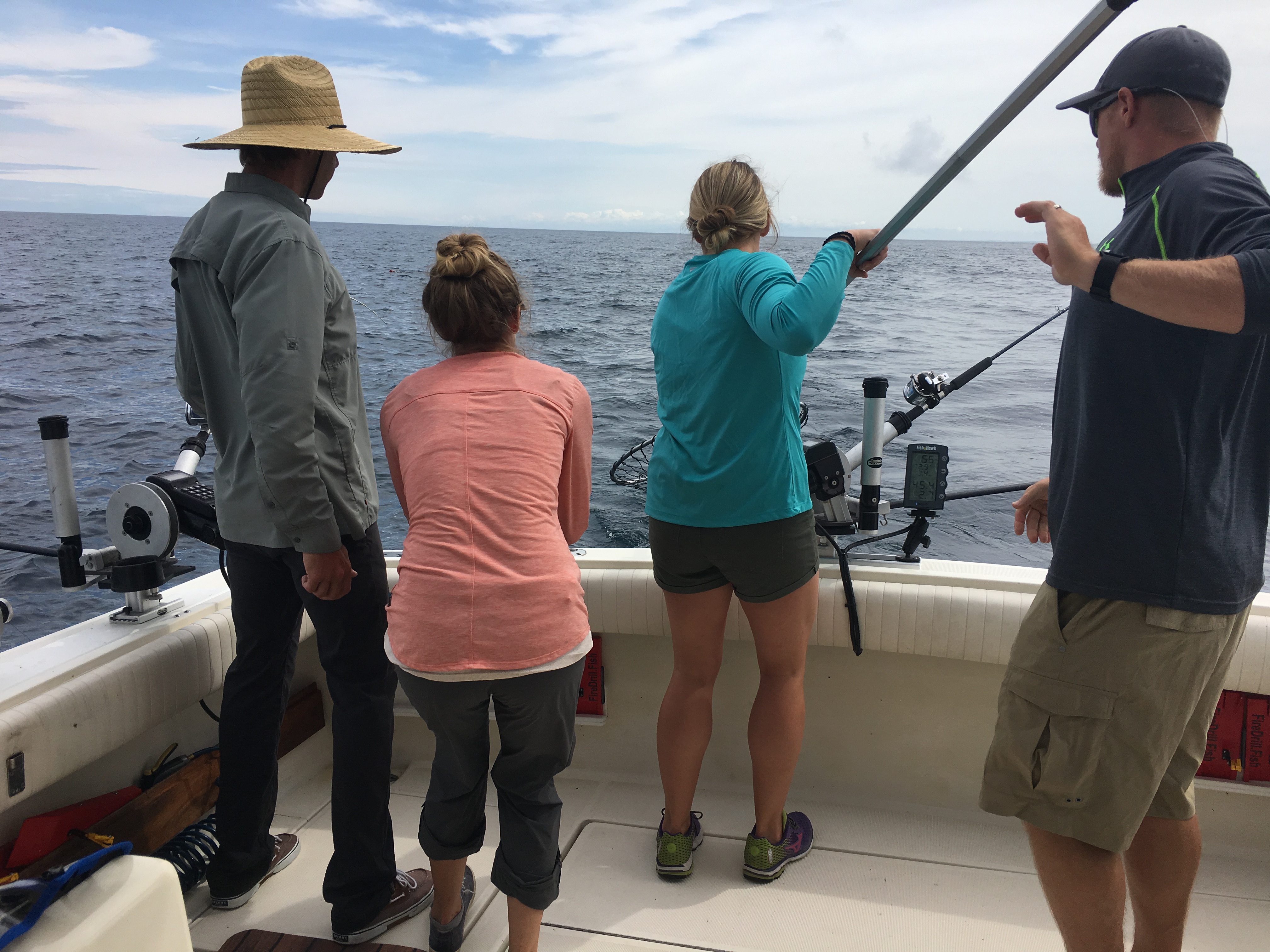 By Trish TaylorAugust 2, 2017No Comments

Saturday, July 22 was the annual PowderPuff Tournament, a ladies fishing tournament put on by the Hoosier Coho Club.

Our crew was Nichole, Danielle, Tracey and me (Trish). We had our rotation all figured out. Danielle would be master netter with Nichole on back up. Women had to reel in the fish and had to net them.

We ran out at 9 a.m. to our spot and immediately hooked up. Nichole was on a copper and I was on a downrigger I think. Those fish had other plans from us and they were not to get into the boat. Not to be down too long, and Tracey was up. Then her fish had the same plan as the other fish!

It was choppy… I know I got super tired quickly because it felt like I was being rocked to sleep. But when fish are on, you wake up real quick!

Soon Danielle landed a nearly 14# King. Then we landed another King – then I got two fat Lake Trout on 400′ of line. Two days later and I still couldn’t straighten my arm! Lol.

Then we got a Steelhead…. once we had five good sized fish, if we got little lakers and they weren’t on the line too long, we’d set them free to grow bigger. Lakers in their first six years grow two to four inches a year and rumor around the area is they put on about a pound a year… but not sure about that one.

At the end of the day, we did not win the tournament although Danielle got 6th biggest with a King! We had a great time and reeled in dinner. It was Tracey’s boyfriend’s birthday, so he took some of our fish to Cool Runnings, a new Jamaican restaurant in town, and they cooked it up for dinner!

For Live Action, check out our video of the King being reeled in by Danielle. 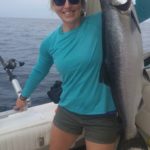 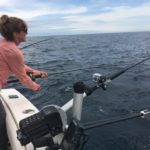 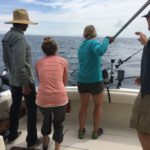 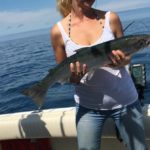